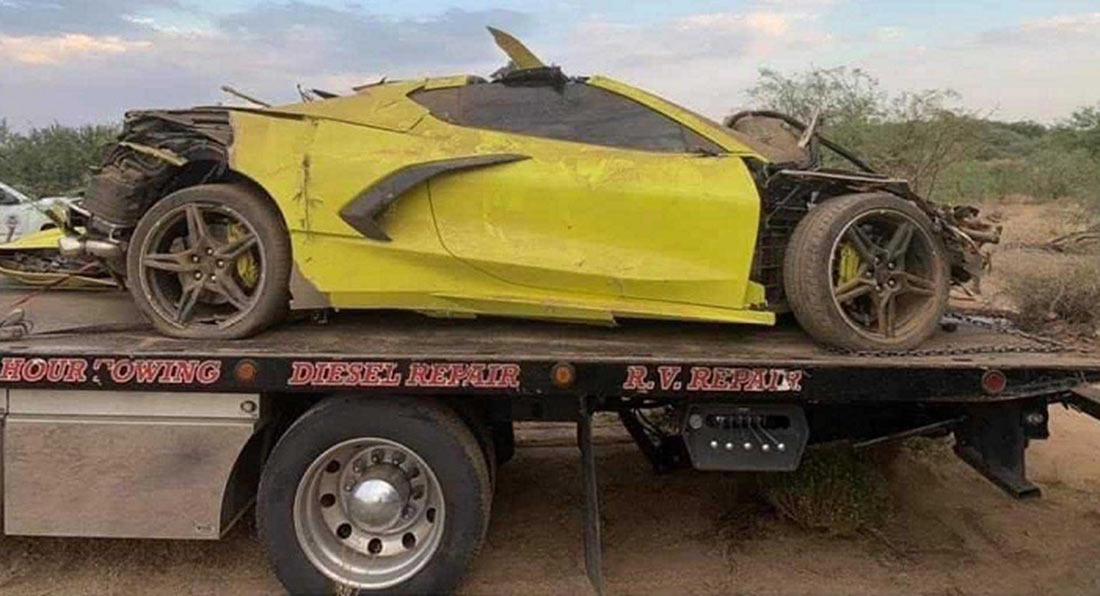 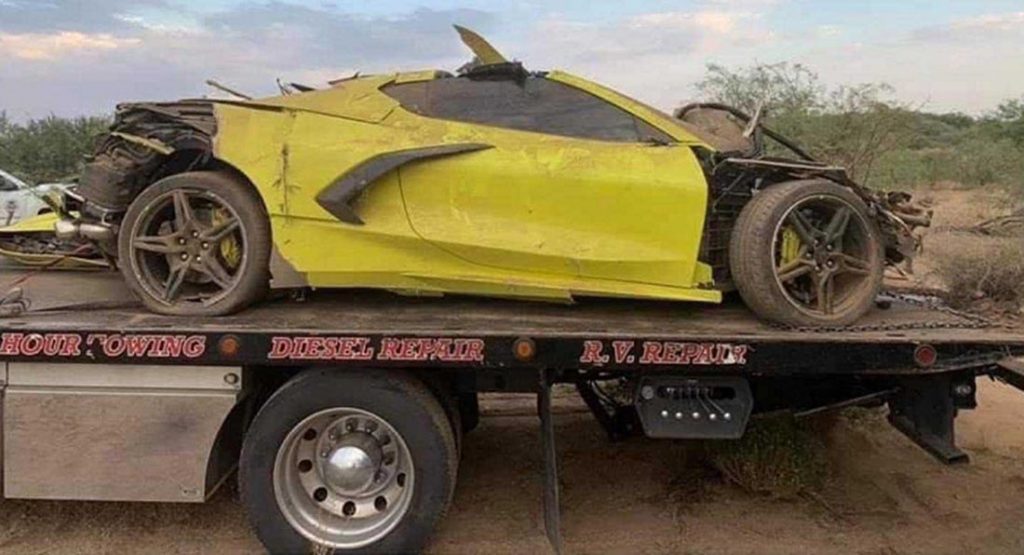 As more and more C8 Corvette Stingray models reach the hands of customers, it is inevitable there will be a growing number that are crashed. This C8 painted Accelerate Yellow is one of the first we’ve seen to be absolutely destroyed in a crash and not just badly damaged.

We haven’t been able to find any details about the crash but it appears to have happened in Arizona. The sports car will no doubt be sent straight to the scrapyard and given how bad the damage is, we doubt a single part of it can be salvaged and sold.

Read Also: This 2020 Corvette Needs A Hero To Bring It Back To Life

Extensive damage has been done to every corner of the Corvette. The front end is completely unrecognizable and all of the front body panels are missing. All we can see are the two wheels and a wrecked crash structure. Like the rest of the car, the front end is also covered in sand.

Both the sides of the Corvette have also been badly damaged, in particular the wheels. Much like the front-end, the rear is also largely unrecognizable with the fascia missing and the engine cover broken. Based on the damage, it seems entirely possible that the car rolled multiple times after spearing off the road.

It is unclear what caused the crash but it is pretty obvious the car was traveling relatively fast, although not necessarily breaking the speed limit. With that being said, you certainly wouldn’t expect this kind of damage if the Corvette was being driven at 30 mph (48 km/h)…