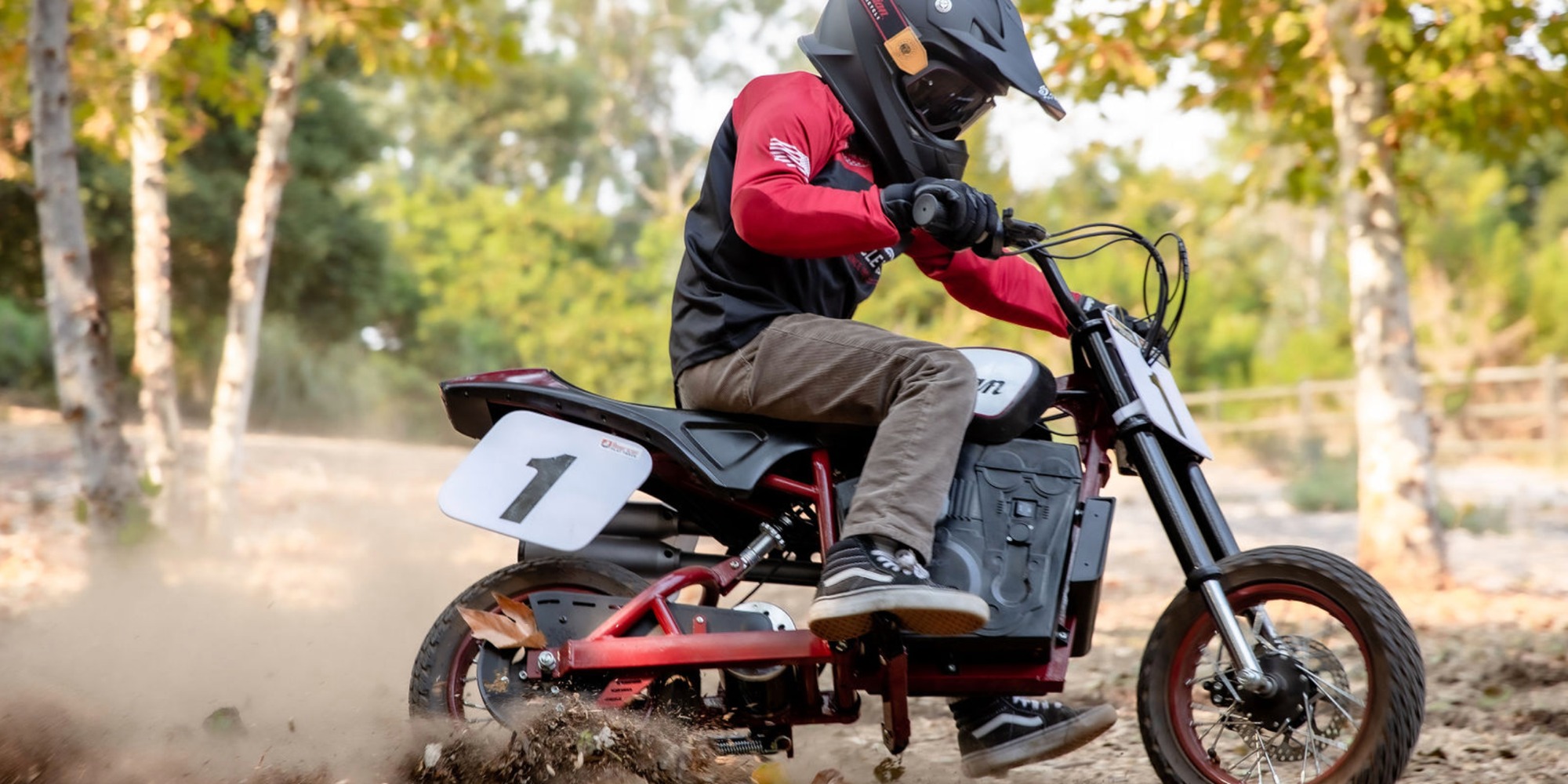 The small catch is that the first Indian electric motorcycle is also for small riders. As in children.

Indian decided to go for the pint-sized market with its first electric model. And in doing so, they’ve also revealed what they were working on earlier this summer when we stumbled upon an Indian Motorcycle trademark for an upcoming electric model.

It is styled after the legendary American Flat Track championship-winning Indian Motorcycle FTR750.

That means it comes with fake gas tank and exhaust pipes – which aren’t really my cup of tea. And considering the age level says “Ages 13+”, I’m technically still in the target market – so my vote counts!

And it seems to ride pretty well too. Just check out the kid ripping on it in the video below (skip to around 0:28 for the riding).

It even has decent runtime, with the 36V battery offering nearly two and a half hours of riding in low mode (10 mph or 16 km/h top speed) and just over an hour of riding in high mode.

As Ross Clifford, Vice President of Parts, Garments, and Accessories at Indian Motorcycle explained in a statement provided to Electrek:

“Whether it was a father, mother, uncle or family friend, most motorcyclists have fond memories of the person that introduced them to riding, and that’s the spirit behind the eFTR Jr. We wanted our first youth offering to be electric to provide a safe, simplistic and clean form of motorcycling for children, all wrapped up in the signature look of the FTR750. The eFTR Jr can kickstart a lifetime of riding memories for the whole family.”

If you’re wondering where Indian got the time and expertise to develop an electric drivetrain, then I was right there with you.

But a bit of a closer look shows that Indian Motorcycles actually teamed up with Razor, who provided the electric drivetrain – likely off of their popular MX650 electric dirt bike for kids.

That bike sports an identical looking 650W motor and seems to share a number of other major components that weren’t modified to help the eFTR Jr look the part of a vintage Indian FTR750.

The good news is that the Indian version is actually a bit more affordable. While Razor’s MX650 is priced at US$800, the Indian Motorcycle eFTR Jr costs US$749.

Personally, I might want a real e-bike for that price, but I can at least see the appeal.

What do you think? Would you put your kid on this thing? Or would you (like me) prefer to see Indian build a serious electric motorcycle? Let us know in the comment section below!