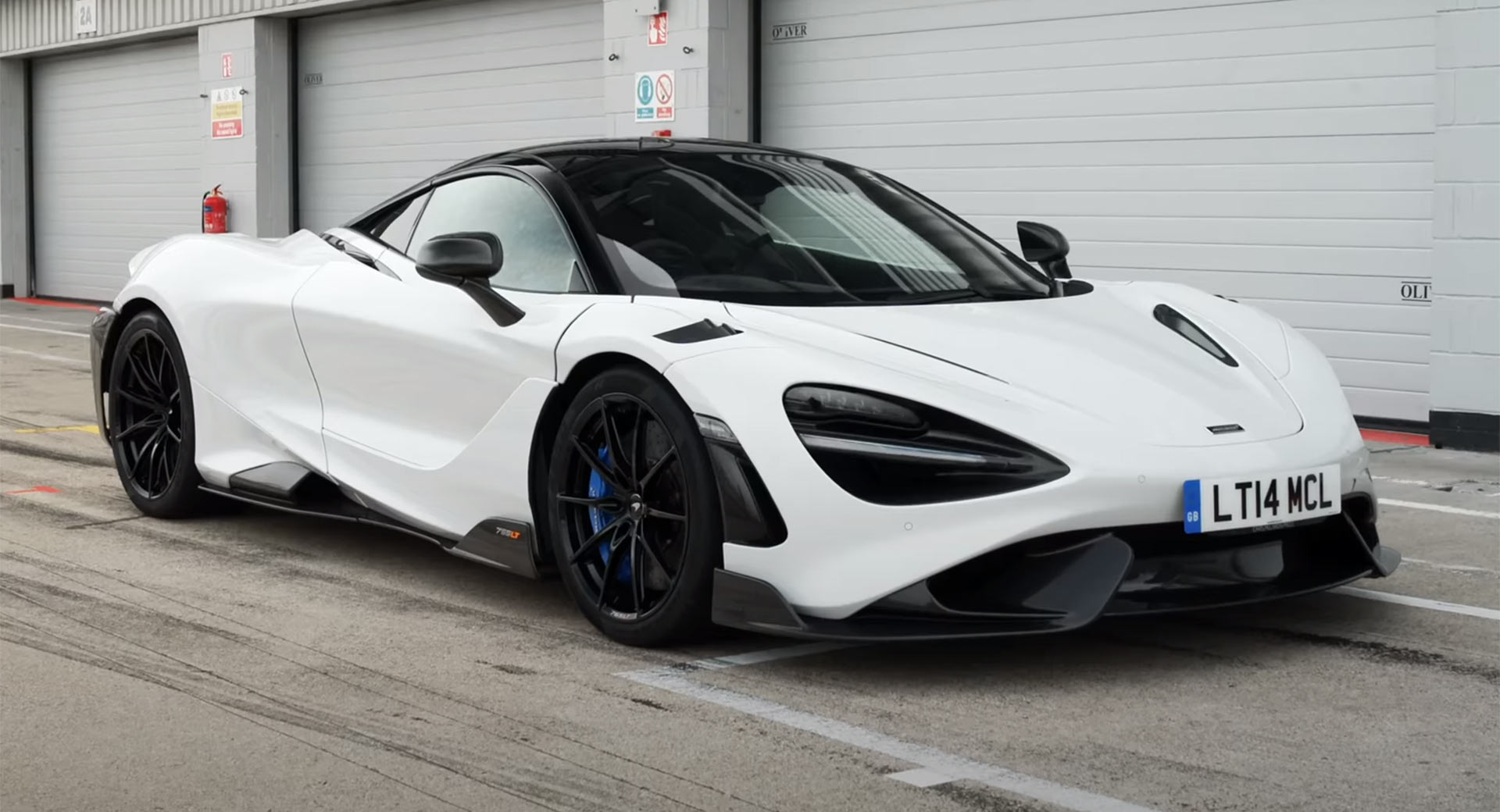 The first reviews of the McLaren 765LT have just hit the web some seven months after the vehicle’s unveiling prior to the canceled Geneva Motor Show in March.

This is the third Longtail model in the McLaren line-up, joining the 675LT and the Sports Series-based 600LT. McLaren claims it can hit 124 mph (200 km/h) in just 7 seconds and 186 mph (300 km/h) in 18 seconds, meaning it is actually 0.8 seconds quicker to that mark than the lighter and more powerful McLaren Senna.

The key reason behind the car’s extraordinary performance is its twin-turbocharged 4.0-liter V8 that has been modified to now deliver 754 hp and 590 lb-ft (800 Nm) of torque. This engine is coupled to a seven-speed dual-clutch transmission driving the rear wheels. Further adding to the performance of the British supercar is the fact that it tips the scales at just 1,229 kg (2,709 lbs) dry.

In addition to adding power and removing weight, McLaren has fitted the 765LT with a host of new aerodynamic parts, including a revised front fascia, new side skirts, a roof scoop, an enlarged rear wing, rear canards, and a new diffuser.

All of these reviews were conducted on the racetrack as road tests of the car have yet to be conducted by journalists. Nevertheless, an argument can certainly be made that the racetrack is where the 765LT is most at home so this is the perfect starting point.

As you would expect, the reviews below are full of praise for the car but the car is not without its faults. The review from Top Gear is particularly critical and asserts that it is not quite the driver’s car the 675LT was.

Manley’s return to retailing after merger surprises dealers
How the coronavirus pandemic is speeding up adoption of digital retailing for public groups
Shift to EVs means huge ‘reskilling’ job for Europe, study says
CPO sales rebound amid new-vehicle shortage
Hyundai using Roblox to reach the next generation of buyers