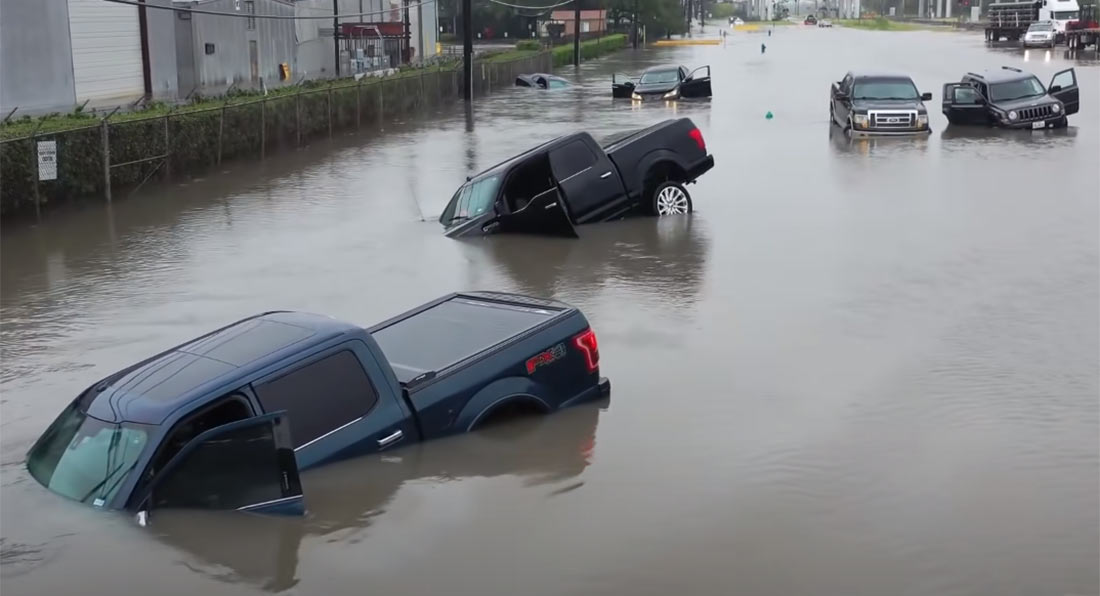 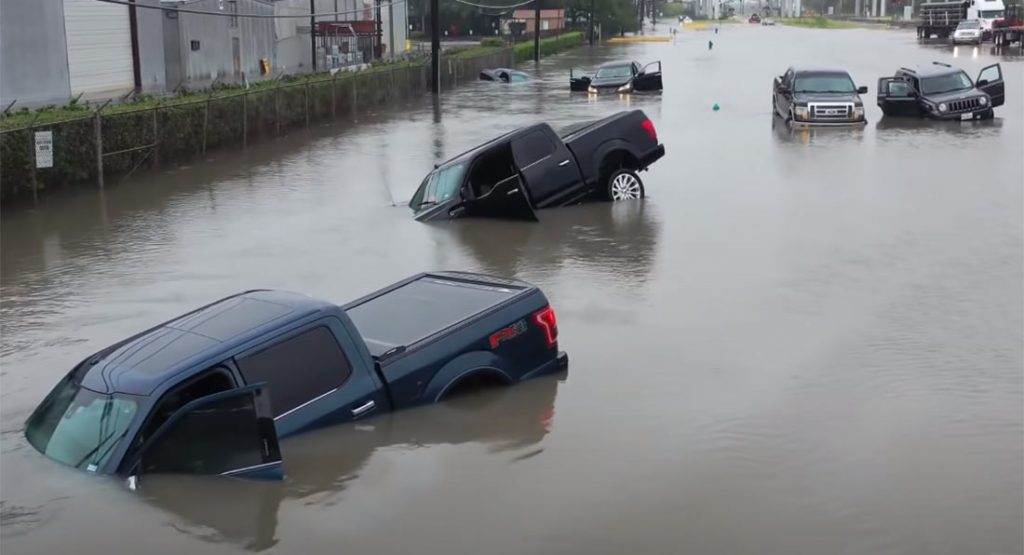 Tropical Storm Beta has ripped through Texas, among other U.S. states, and shocking drone footage shows the extent of flooding rain that the storm triggered in the Houston area.

This drone footage, shot by Live Storms Media, shows areas of Houston that experienced dangerous flash flooding. Not only has the storm damaged homes but many vehicles have also fallen victim to the flood waters.

The video starts off by showing two Ford F-Series trucks partially submerged in deep water. It is unclear if the owners tried to drive through the waters and were caught out or if the Fords were simply parked on the side of the road when the flooding came. Whatever the case may be, it’s clear these two will be heading straight to an auction yard.

Filmed in the same area as the two Ford pickups is a black Dodge Challenger that has been almost completely covered in water. It’s a very sad scene that’s made even more saddening when we see that a Ford Mustang was also caught out in the flooding rains.

Tropical Storm Beta first spun up in the Gulf of Mexico and brought flooding rain to Texas and the Mississippi Valley. The storm made landfall on the southern end of the Matagorda Peninsula in Texas on September 21 and brought with it sustained winds of up to 45 mph (72.4 km/h), Weather reports. Many areas in Houston experienced more than 10 inches of rainfall.