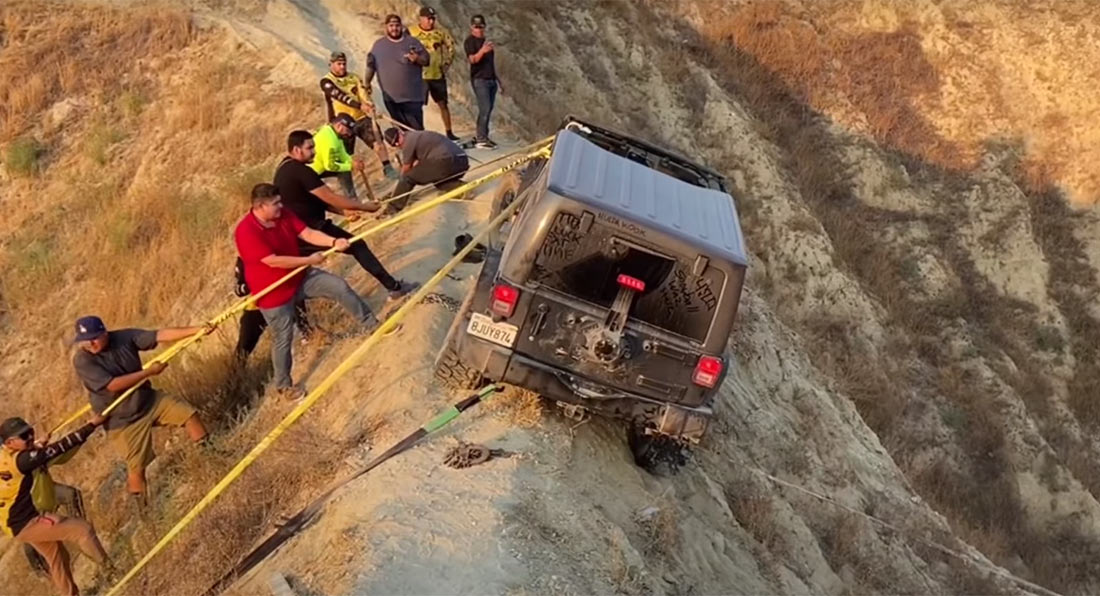 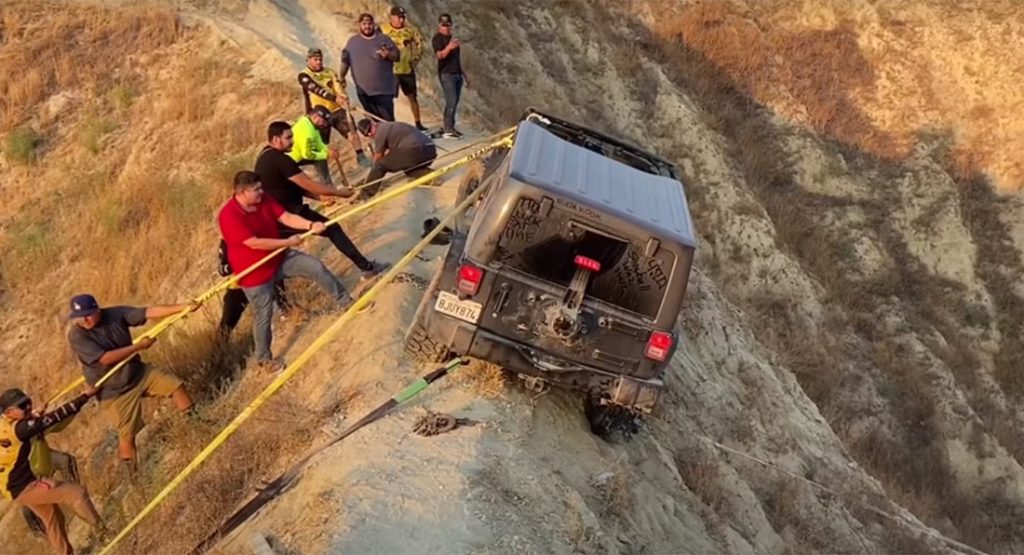 The black Jeep Wrangler that was recently left abandoned on California’s Razor Ridge bike trail has been recovered thanks to a bunch of local off-roading enthusiasts.

It remains unclear exactly what the driver of the Wrangler was thinking when getting into the precarious position but after spending roughly 36 hours perched on the narrow ridge, the Wrangler was saved.

Read More: Is This Another Jeep Thing? Wrangler Found Abandoned Hanging Off A Californian Cliff

As described by The Drive, various members from the SoCal Jeep club banded together and drove up to the area where the Wrangler was stuck. Images and videos from the scene show that one heavily modified Wrangler drove up to the edge of the ridge and then hooked a winch onto the rear of the Wrangler that was dangling over the edge. Winches were used by a pair of other Wranglers to ensure the modified one remained in position while trying to pull out the stuck Jeep.

To ensure the Jeep didn’t slide over the edge as it was pulled back along the ridgeline, roughly a dozen people were holding on to straps and positioned on the other side of the ridgeline. One particularly brave soul then jumped behind the wheel of the off-roader and carefully turned the wheels. Slowly but surely, the Wrangler was pulled from the ridge and returned to safe ground.

When images of the Jeep first hit social media, many speculated the only way to recover it would be to use a helicopter and at one stage, a police helicopter actually surveyed the scene. Ultimately, the emergency services were not needed to save the Jeep.