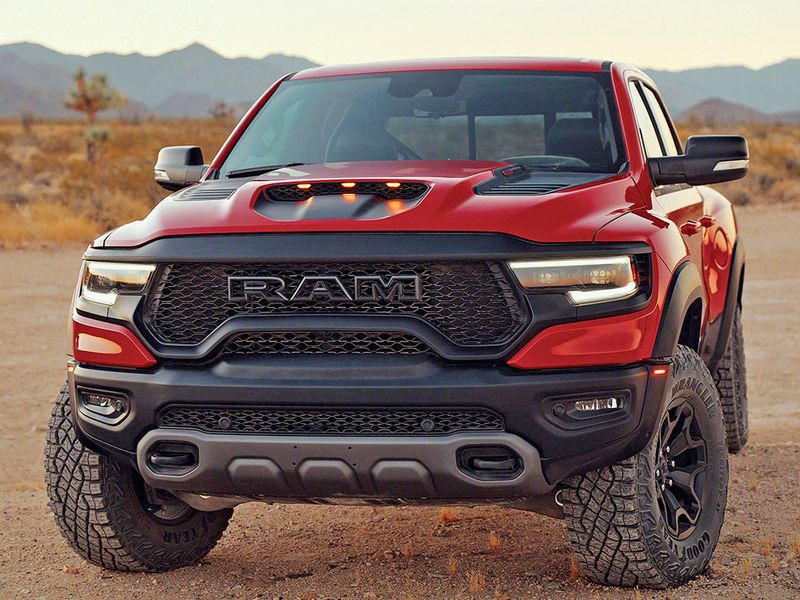 Ram’s pickups have taken a step forward in style, technology and luxury in recent years.

Now the brand is focused on adding more power to its light-duty line with the long-awaited Ram 1500 TRX, which goes into production this year.

Ram, which surpassed the Chevrolet Silverado in 2019 to finish second in the pickup race, has slipped back to third in a year upended by a pandemic. A midsize pickup could help the brand increase volume.

Midsize pickup: Rumors of a Ram midsize hauler have swirled for years. Fiat Chrysler Automobiles CEO Mike Manley sparked further speculation in 2019 when he said the Ram team was “focused on solving a metric ton midsize-truck solution for us because it’s a big part of the portfolio and growth we want to achieve.”

Reports emerged this year that FCA had trademarked “Dakota,” the name of the midsize pickup dropped in 2011 after a 25-year run. Suppliers told Automotive News in 2018 that the midsize pickup would be built at the Toledo, Ohio, plant where the Jeep Gladiator is produced. A release timeline is uncertain, and a forecaster isn’t expecting the vehicle until 2025 at the earliest.

Production of the TRX will begin at FCA’s Sterling Heights, Mich., assembly plant in the fourth quarter. Production of the previous-generation 1500 Classic, aimed at value shoppers and commercial clients, is expected to last through 2024. The current 1500 could get a freshen in 2023.

2500/3500: The heavy-duty line was given a luxurious touch last year with upgraded interiors. FCA said a Limited Night Edition, new for the 2021 model year, is available in several body colors and includes monochromatic designs enhanced by 20-inch black wheels, grilles and badging. Freshened versions of the trucks could roll out in 2023 or 2024.

ProMaster City: Fog lamps are now available on ProMaster City Tradesman and Wagon models, while aluminum wheels have been added to Tradesman models. A redesign could arrive in 2024.

ProMaster: Several new safety options are available on the 2021 model, including blind-spot monitoring with rear cross-path detection and forward collision warning with emergency brake assist. FCA has partnered with Waymo to use the van as a test bed for autonomous technology in the commercial space. A redesign could emerge in 2024.