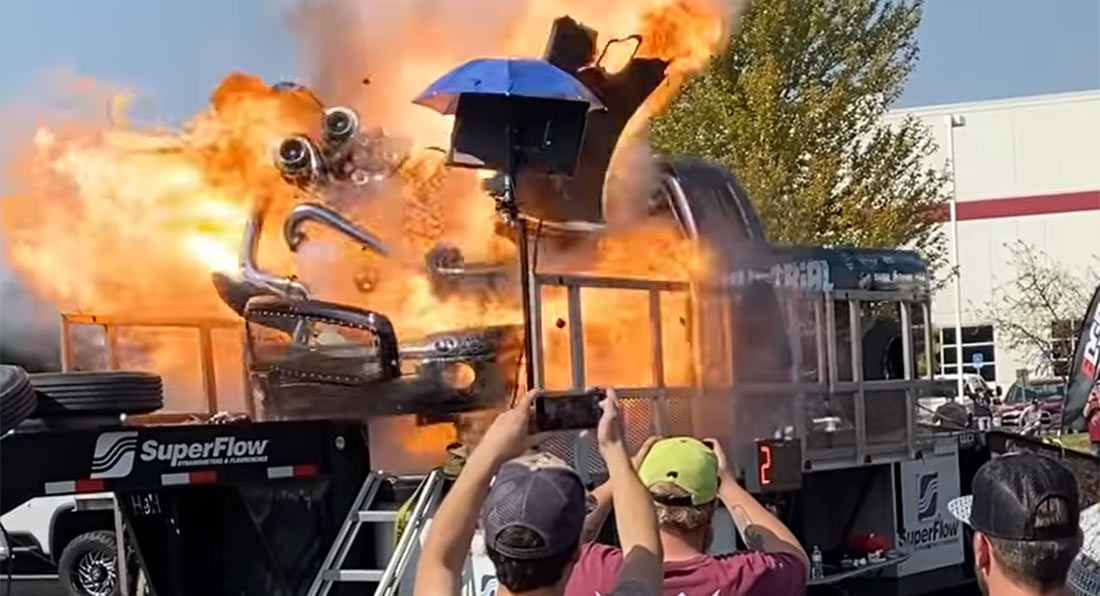 A heavily modified pickup exploded over the weekend during a dyno event in Ogden, Utah.

This particular truck comes from Industrial Injection Diesel Performance and was one of the highlights of the ‘Weekend on the Edge’ event. It is unclear exactly what engine was under the hood and what modifications have been made, but this is unlike any other truck on the planet.

In fact, it churned out a truly insane 2,920 hp during a prior run and rolls coal with the very best of them. However, the crew made the ill-fated decision to fit a larger nitrous system and go for another run. That’s when the engine exploded.

Footage taken at the scene shows the engine splitting in half with its top flying six feet into the air. Pause the video at the moment of the explosion and you can see part of the engine block, as well as two massive turbochargers, soar into the air. At the same time, fire engulfs the front of the truck and the driver is, thankfully, able to quickly jump out to the pavement below before being seriously injured.

Quick-thinking individuals at the event rushed to the truck with fire extinguishers to ensure the fire didn’t further damage the truck or the expensive dyno itself.

Fortunately, no one appears to have been injured in the explosion, but clearly, the truck will need to be completely rebuilt if it is to ever run again.