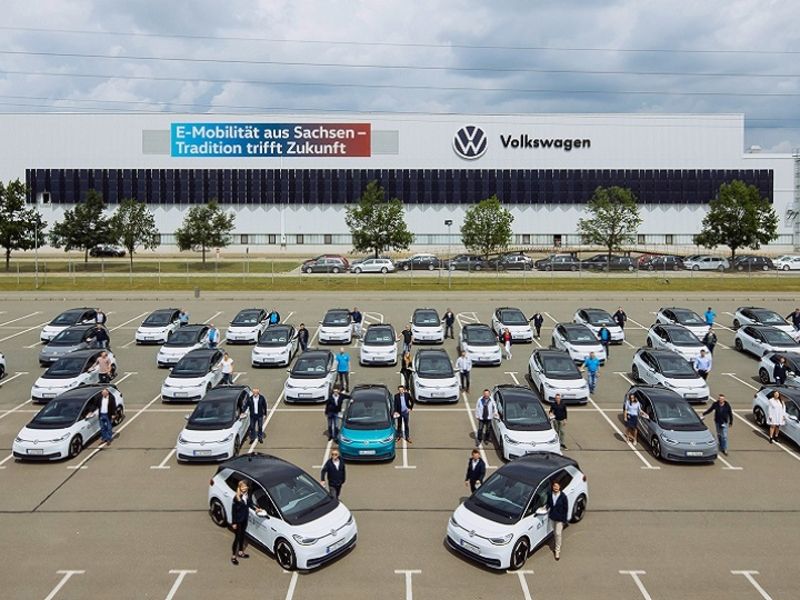 Western Europe’s electrified vehicle sales pulled ahead of China’s last month after countries including Germany and France boosted government subsidies to stimulate demand that had been decimated by the pandemic.

The roughly 500,000 plug-in hybrid and battery-electric vehicles registered in Europe during the first seven months exceeded China’s sales by about 14,000 units, according to a report from Matthias Schmidt, an independent auto analyst in Berlin.

Registrations of battery-powered cars were about 269,000 in western Europe and plug-in registrations were 231,000, according to the report.

In addition to helping automakers recover from the coronavirus, government incentives are assisting automakers’ efforts to meet tougher emissions standards.

While China’s auto market has been recovering, the government is reducing subsidies that have supported new-energy vehicle sales to encourage automakers to compete on their own.

Europe probably will exceed 1 million sales of plug-in hybrid and electric-vehicles this year, Schmidt said, as Tesla makes more cars available in the region and Volkswagen ramps up deliveries of its battery-powered ID3.

Tesla has lost ground in Europe amid supply bottlenecks as the company waits for its new European factory near Berlin to start production in the middle of next year.