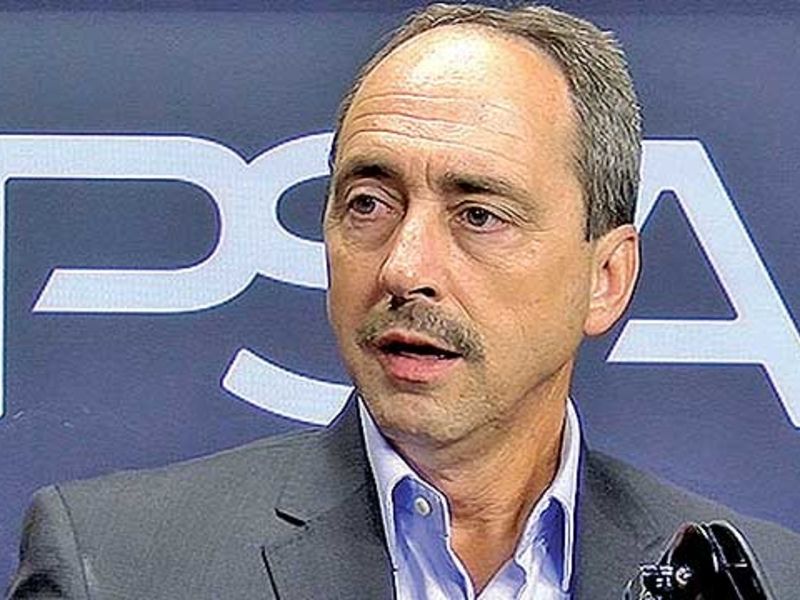 Larry Dominique is not one to get distracted — not even by a once-in-a-century pandemic and a potentially career-disrupting corporate merger.

The 36-year auto industry veteran is focused on a single mission — orchestrating the return to the U.S. by France’s PSA Group with the Peugeot brand after nearly three decades.

The owner of Peugeot, Citroen, Opel and other brands intends to begin selling vehicles in the U.S. and Canada around 2023.

“My role is to grow the PSA business in North America,” Dominique, CEO of PSA North America, told Automotive News last week, “growing our mobility capability and preparing for the launch of Peugeot.”

Despite the fog of uncertainty hanging over the marketplace, Dominique is moving forward with that mandate.

Just as PSA readies to launch its U.S. re-entry, the coronavirus pandemic threatens to sap long-term demand for automobiles. And on top of that, the French automaker is preparing for a potentially game-changing megamerger with the No. 3 Detroit automaker, Fiat Chrysler Automobiles. That deal would create the world’s fourth-largest automaker by volume — not to mention raise new issues for Dominique’s separate PSA road map for North America.

Dominique said he is focused on bringing PSA to America, regardless of the FCA merger.

“From our standpoint, we’re planning as if [the merger] doesn’t exist,” Dominique said. “We’re marching forward as if PSA was going to be there by themselves.”

Final details are still being hammered out for the merger, which would combine PSA’s lineup of smaller cars and crossovers with FCA’s larger Jeeps and Ram pickups. The latest curveball is the global health crisis.

PSA Group CEO Carlos Tavares said the strength of the recovery from the coronavirus pandemic will determine how the merger can move ahead.

“At this stage, it is premature to discuss this matter as long as we don’t see the magnitude of the rebound both on the FCA and the PSA sides,” Tavares told Bloomberg Television in July. “By the end of this year, after the rebound, we’ll see what will be the potential cash position” of the combined company, Tavares said.

Even so, Dominique has much at stake. The merger, expected to close in the first quarter of next year, would not only add a new layer of complication to Dominique’s independent planning for North America, it could alter the executive’s role since the senior management structure of FCA and PSA is certain to evolve when the companies unite.

Dominique, 58, waved away questions about his future in the merged company, to be named Stellantis.

“I haven’t put a minute into thinking about what’s next yet,” he said. “If you look back over my career, I’ve taken a lot of different roles. I like to do new things.”

Dominique is a seasoned industry veteran. Before joining PSA, he was president of ALG, a company that provides the industry with vehicle valuation. (Last week, TrueCar Inc. agreed to sell ALG to J.D. Power for $135 million.)

Dominique spent 22 years at Nissan and Infiniti, where he was vice president for product planning and strategy for Nissan Americas. He served under Nissan’s North American chairman at the time, Tavares.

An electrical engineer by background, Dominique began his career in engineering roles, first at General Motors and then, coincidentally, at Chrysler.

But for now, the focus is on the present. Dominique has an iconic brand to launch in North America in the next few years.

“My to-do list is years long, literally,” Dominique said. “I’m excited about the opportunities we have in North America. And that’s what I’m focusing on.”

At the top of that list is developing a U.S. and Canadian retail network ready to sell the first Peugeot models arriving in a few years.

But Dominique wants PSA’s retailing to focus on high margins rather than high volume turnover.

In an online presentation last week during the Center for Automotive Research Management Briefing Seminars, he talked about his vision.

“You can expect a very, very different approach to retail network, digital platform, processes and data accumulation sharing,” he said. “The future success for OEMs is the reduction of distribution costs while ensuring both retail and OEM margin sustainability. This has to be done through strong pricing power, not volume turnover.”

To that end, PSA will put more emphasis on software tools and a low-investment network. It will eschew expansive, Taj Mahal dealerships. Technology and software will help dealers offload some consumer-facing services, such as scheduling vehicle delivery and pickup, so they can focus on their profitable service and F&I businesses.

“We want to be digital first, physical second,” Dominique said. “Data science and AI will be the future success differentiators. Those who embrace it and apply it with vigor will be the successful companies.”

The coronavirus pandemic, which has shuttered some brick-and-mortar showrooms, has accelerated the acceptance of digitization across the auto retail industry, Dominique said. But it’s not without its downside.

“All my competitors are going to be focusing on digital, which means we have to step up our game and deliver an even stronger customer experience when we launch Peugeot in North America,” he said.

Dominique said he wants his retailers to be able to make money on selling Peugeots, not just on servicing and financing them.

“We need to get out of an environment where the retailers are dependent upon just F&I and service to pay their bills,” he said.

Making that happen will require building a strong brand that has pricing power and a low-cost distribution system.

Unlike Tesla, PSA is taking a more pragmatic approach with its digital-first retail model — embracing the franchised dealer model, rather than fighting it.

“The franchise laws exist; they exist for a reason,” Dominique said. “They’re not going to go away. So why resist it?”

Instead, PSA will look to its dealers to innovate new ways to sell and service vehicles. “I have dealers under NDA that are working with us, helping us build new ways to think about retailing,” Dominique said.

But PSA is returning to a starkly different U.S. market than the one it walked away from in 1991. The automaker known for its compact and midsize cars is entering a market that is head-over-heels for crossovers and pickups.