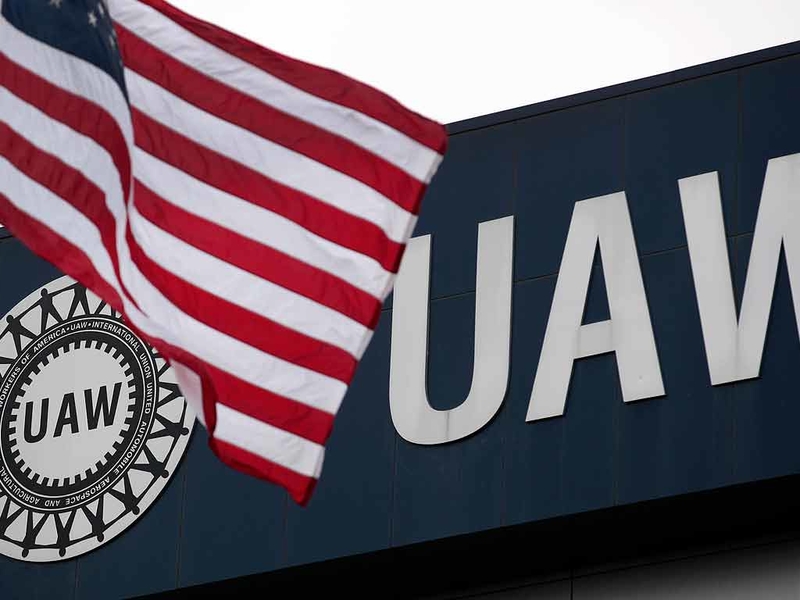 Federal prosecutors on Friday charged Jeffery Pietrzyk, who was an assistant to former UAW-GM Department Vice President Joe Ashton, in a federal corruption probe that has widened amid contract negotiations between the union and General Motors.

Pietrzyk is charged with conspiracy to commit wire fraud and money laundering. Prosecutors contend he conspired with other union officials to take bribes and kickbacks related to vendor contracts for watches, backpacks, jackets and other items.

He is the 11th person charged in the ongoing investigation.

“Pietrzyk conspired with Michael Grimes and Union Official 1 to devise a scheme to defraud the [UAW-GM Center for Human Resources] and UAW members of their right to honest, faithful, and impartial services,” federal prosecutors said in a court filing.

Prosecutors say Pietrzyk allegedly collected about $123,000 from the illicit contracts, beginning in 2006 through 2018.

Grimes, a former aide to UAW-Fiat Chrysler Vice President Cindy Estrada, was charged last month and has since pleaded guilty. The Detroit News subsequently reported that Ashton and Pietrzk were unnamed co-conspirators named in the filing. Ashton, now retired from the union, has not been charged with a crime.

The News reported the Pietrzyk charges earlier Friday. He was charged in a criminal information.

The charges against Pietrzyk are the first filed against a former or current UAW official since the union’s most recent labor contract with GM expired. The union declared a strike late Sunday and has continued to meet with negotiators from the automaker to try and hammer out a new national agreement covering wages, benefits and job security.

UAW spokesman Brian Rothenberg, in a statement emailed to Automotive News, called the charges against Pietrzyk “serious” and said the union has changed its purchasing procedures.

“The charges against Jeff Pietrzyk are serious, and the conduct outlined in his charges is not just illegal, it is an affront to every member of the UAW,” he said. “The UAW has already made changes to its purchasing procedures that require three bids and pushed the Joint Program Centers to significantly tighten their accounting controls to prevent this type of criminal activity from happening again. This conduct — which was suspiciously announced in the middle of our current bargaining — must not and will not distract us from negotiating the strongest possible contract for our members.”

The charges against Pietrzyk come a day after two Republican lawmakers — Reps. Tim Walberg and Virginia Foxx — called for the House Committee on Education and Labor to hold a public hearing into the UAW investigation.

The Fiat Multipla Might Just Be The Quirkiest Car Ever Made
Argo AI self-driving cars to join Lyft’s Miami network before 2021 is out
EV tech is made easy on Pacifica Hybrid site
Is It Time We Stopped Viewing The Mach-E As An Insult To The Mustang’s Legacy?
Zeigler to buy 4 dealerships in Wisconsin