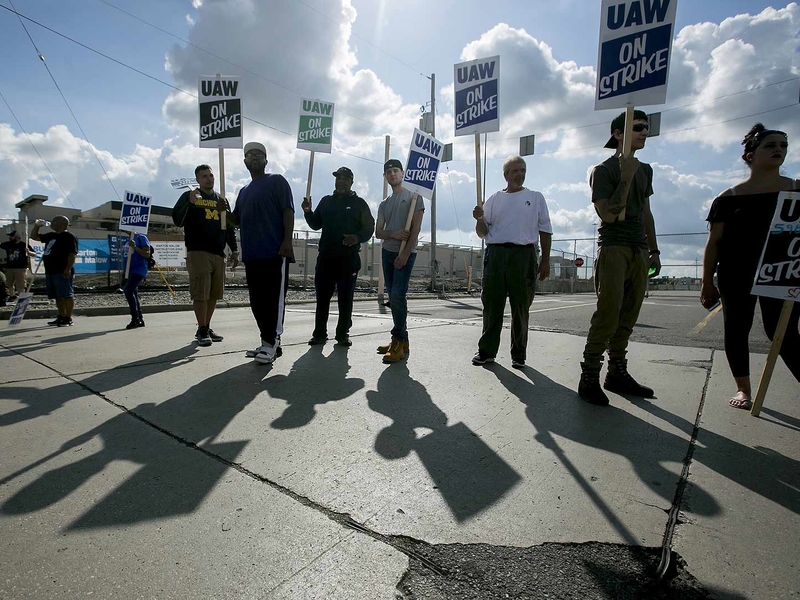 General Motors and the UAW have made progress on labor contract negotiations, but some issues remain unresolved, Terry Dittes, vice president who oversees the union’s GM department, told members Thursday.

He cautioned that negotiations could extend through the weekend and beyond. Talks were ongoing as of Thursday afternoon.

More than 46,000 union members remained off the job for the fourth day as part of the first national strike since 2007. The 2007 strike lasted just two days.

This year’s strike is “completely different,” said Bill Duford, a union worker who walked the picket line at the Romulus, Mich., transmission plant Thursday. “It’s already twice as long. That one we went out, and a couple days later, we were back. This one, it’s hard to say,” said Duford.

The bargaining committee and the UAW international staff “have been working long hours each day for weeks negotiating on our members’ behalf,” Dittes said in the letter. “The process of meeting in subcommittees and main tables will continue this weekend and beyond, if a Tentative Agreement is not reached.”

The main sticking points between the two sides are health insurance costs, a path to permanent employment for temporary workers, allocating product to idled plants and sharing the company’s profit.

GM, in its initial contract offer, requested that workers pay 15 percent of their health care costs, a leap from the 3 to 4 percent workers currently pay, but the company reversed that proposal and offered to keep members’ payments at existing levels, according to sources.

GM also offered to allocate an electric pickup to the Detroit-Hamtramck assembly plant and battery cell manufacturing to Lordstown, Ohio, according to a person familiar with the matter.

Wage and lump-sum increases each year, ratification bonuses of $8,000, improved profit sharing and $7 billion in investments, including unspecified solutions for the unallocated assembly plants, were also part of the initial offer.

Rivian announces $2.5 billion funding round led by Amazon, Ford
Lithia hires new CMO, creates head of advertising position
Off-Road Mode Or Not, This Porsche Cayenne Driver Got Stuck In The Sand Anyway
Why Did Audi Photoshop Out The 2022 RS3’s Real Tailpipes?
Brembo to open high-tech lab in Silicon Valley