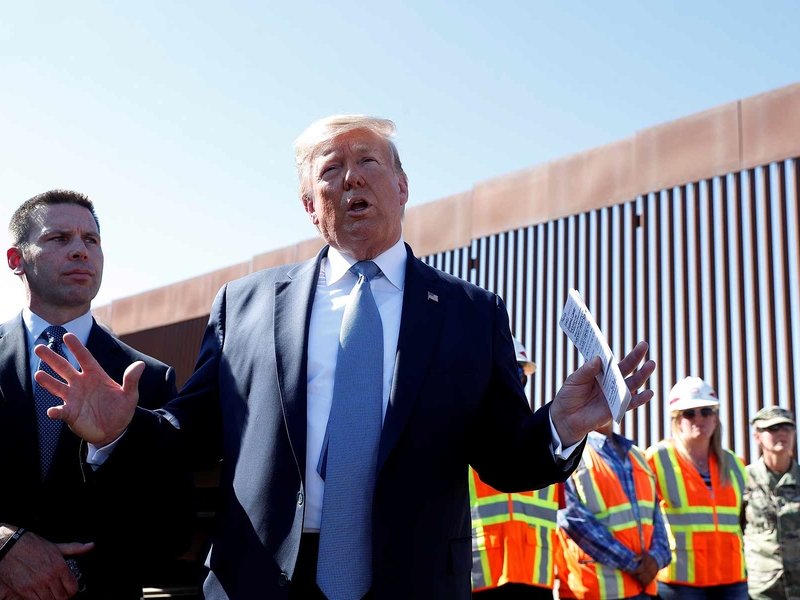 WASHINGTON — Two U.S. Democratic lawmakers on Thursday asked the White House to turn over documents that would show if President Donald Trump interfered or directed a Justice Department antitrust probe of four automakers that struck voluntary agreements with California to reduce tailpipe emissions, according to a letter seen by Reuters.

“Actual interference would of course constitute a serious abuse of power,” the two lawmakers wrote, saying the probe appears to be “another example of the administration’s weaponization of the antitrust laws to target perceived political adversaries of the president.”

Delrahim confirmed he sent Aug. 28 letters to the four automakers asking questions in testimony before a Senate panel this week, but said he was not conducting the investigation for “political reasons.”

The Justice Department and White House did not immediately comment.

Also Thursday, four Senate Democrats wrote to Attorney General William Barr seeking documents that would show if Trump was involved in the probe and asked if Delrahim was instructed to open the probe.

On Wednesday three other Senate Democrats said in a letter to Barr they opposed the probe.

Reuters and other outlets reported earlier the existence of the investigation as the Trump administration had ramped up its opposition to automakers seeking to sidestep it on rolling back Obama-era fuel-efficiency rules. Trump has repeatedly expressed anger with automakers for working with California, which has vowed to enforce the stricter Obama-era emissions standards.

“Automakers should seize this opportunity because without this alternative to California, you will be out of business,” Trump tweeted Wednesday.

On Thursday, the EPA said it was revoking California’s waiver under the Clean Air Act to set tailpipe emissions standards, citing the voluntary agreement as one reason for the need to take the unprecedented decision.

Delrahim’s letters to the automakers said the government was worried the agreements “may violate federal antitrust laws” but adding it had “reached no conclusions,” according to documents seen by Reuters.