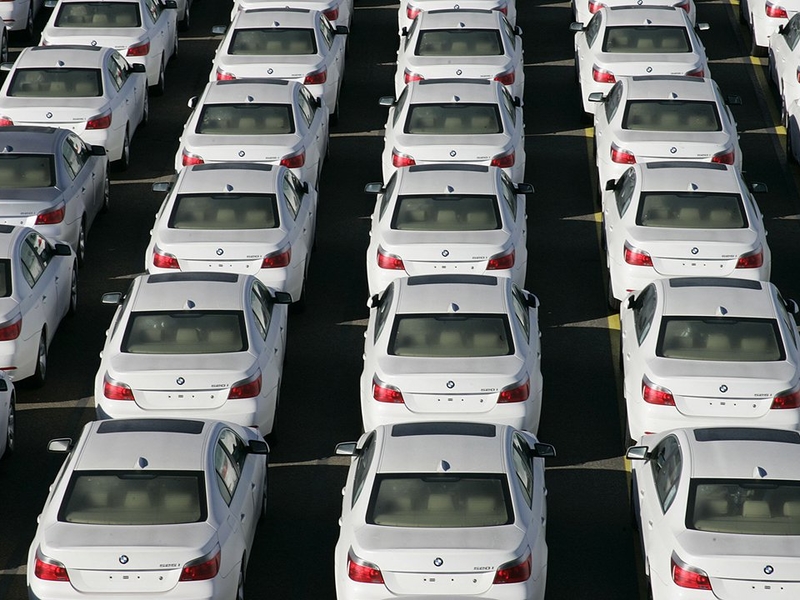 The European Union’s trade chief reiterated a pledge to impose retaliatory tariffs against the U.S. should President Donald Trump follow through on a threat to hit the bloc’s automotive goods with duties.

European Trade Commissioner Cecilia Malmstrom criticized Trump’s assertion in May that EU cars and auto parts shipped to the American market pose a security risk to the U.S. The Trump administration faces a self-imposed deadline of mid-November to decide whether to curb such imports.

“We firmly reject that we are a security threat,” Malmstrom told a conference in Brussels on Friday. “That is absurd. If there will be tariffs there, we would take countermeasures.”

Transatlantic trade ties — the world’s biggest economic relationship — are approaching a crucial juncture largely in the shadow of the U.S.-China commercial war:

“Relations are tense,” said Malmstrom, a Swede whose five-year term as EU trade commissioner ends on Oct. 31. She is due to be succeeded by Ireland’s Phil Hogan, who is currently EU agriculture chief and who earlier this month called Trump “reckless.”

Last year, Trump infuriated Europe by declaring American imports of steel and aluminum a security threat and imposing levies of 25 percent and 10 percent, respectively, on shipments from around the world including the EU. That prompted the bloc to retaliate with a 25 percent  tariff on 2.8 billion euros ($3.1 billion) of American goods such as Harley-Davidson Inc. motorcycles, Levi Strauss & Co. jeans and bourbon whiskey.

A 25 percent U.S. levy on foreign cars would add 10,000 euros ($11,000) to the sticker price of EU vehicles imported into the country, according to the Brussels-based European Commission, the bloc’s executive arm.

The value of EU automotive exports to the American market is about 10 times greater than that of the bloc’s steel and aluminum exports combined. As a result, European retaliatory duties would target a bigger amount of U.S. exports to Europe.

Caterpillar trucks, Xerox machines and Samsonite luggage are among U.S. goods that would face such EU retaliation, a senior European official said in late February on the condition of anonymity.

We Drove A BMW M8 Gran Coupe For Seven Months, Here’s What We Learned
Brembo to open high-tech lab in Silicon Valley
Lithia hires new CMO, creates head of advertising position
Is It Time We Stopped Viewing The Mach-E As An Insult To The Mustang’s Legacy?
With The Urus, Lamborghini Shows How You Can Make A Super SUV That’s Fun To Drive